The Central Street Farmhouse is hosting Homebrewtoberfest: The Pro-Am Edition on Saturday, October 17, 2015 from Noon-3pm in their pocket park. 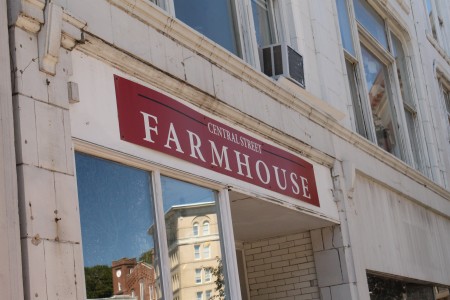 Homebrewtoberfest is a Pro-Am homebrew event but not a judged competition, so maybe “Battle it out” was a little dramatic but there are still bragging rights on the line. It’s about bringing together professional and amateur brewers in the greater Bangor area to pour beer side by side. Local homebrewers entered a lottery with Central Street Farmhouse to win a chance to showcase their homebrew next to a pro’s homebrew. Professional brewers who were interested were asked to brew a standard 5 gallon batch of beer not just grab a keg from the cooler. The pairings are as follows: Clay Randall (Marsh Island Brewing) & Jared Lambert Asa Marsh-Sachs (Orono Brewing Company) & Ryne Aubrey Josh Parda (Central Street Farmhouse) & Jerry Robichaud Gene & Crew (Nocturnem Draft Haus) & Chase Cardurns Molly Krueger w/ Alex and Mike (Atlantic Brewing) & Mike Staggs Wes Ellington (Square Tail Brewing) & Gretchen Heldmann and Brandi Leroy Jason Bolton (University of Maine) & Jason FitzGerald Cory Ricker & Marlon Arce (Both homebrewers – Pro dropped out) 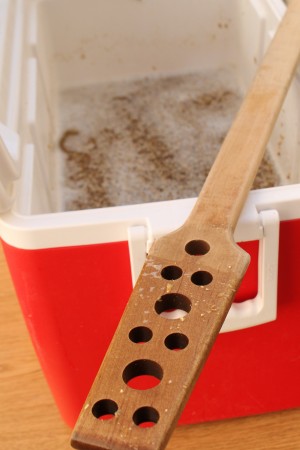 Central Street Farmhouse will be asking for a $5 donation that directly benefits the Bangor Public Library, the event is open to the public but you must be 21+ to sample the homebrew. Attendees will asked to vote for their favorite homebrew and the winner will receive a best in show award, like I said before if a homebrewer beats out the pro’s they’ll have something to brag about. This should be a fun event and a great way to support local homebrewers and chat with local professionals. Cheers Chaddah