Christopher Morley, owner of Mason’s Brewing Company has lived in the Bangor area for about 20 years, he’s originally from just outside of Cooperstown, New York. Chris was a member of the Bangor Police Department and then spent six years as a member of their S.R.T (Special Response Team) before switching gears and working in banking. Chris has been a homebrewer for roughly twelve years and in his own words can “put together a recipe but not the science behind it” which is why he’s employing a head brewer who has not yet been named. Chris is married, he and his wife have had the opportunity to travel far and wide in pursuit of great beer. Chris has a passion for  beer, knows what he likes and wants to take what he’s learned about beer in his travels and bring it to Brewer, Maine. 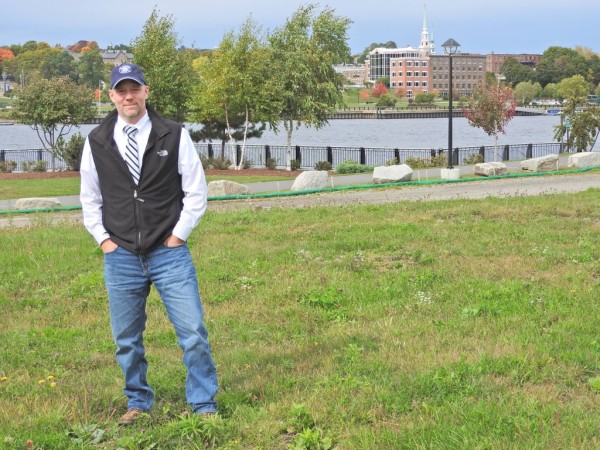 What is your inspiration for starting Mason’s Brewing Company?

It’s been my vision to build a craft beer destination since watching Ommegang go from a farm, literally, to this mythical place that people drive hours and hours to get to. I want to create that in Maine. All 62 breweries in the state inspire me, you take a look at what Rob Tod’s done with Allagash, you take a look at what Maine Beer Company and Rising Tide have accomplished in the last 5 yrs. Then there is Banded Horn, Foundation, and Orono Brewing Company, the next generation of Craft Brewing in Maine, there are a lot of great breweries too many to name.

You decided to invest in a new building instead of leasing an existing space, that’s not common for new Maine breweries, who have you been working with on the design?

We early on made an aggressive decision to enter into this industry at an elevated level which we feel we needed to compete within the state and in select markets outside the state. I’m very pleased to be working with WBRC [Architects/Engineers] and our builder E.L. Shea out of Ellsworth. 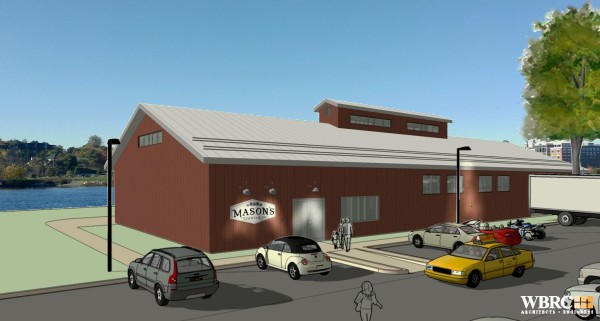 How has the design process been?

It was a little chaotic, because everyone is coming at it from a different angle, your architect is coming at it from an end, your CAD person coming at another, your brewery equipment people coming from yet another angle. Which isn’t surprising at any level, WBRC has never built a brewery so it’s a learning curve with regards to the demands of such a system, but I am in good hands I can assure you.

Who is producing your brewing system?

Deutsche Beverage Technology out of North Carolina is who we are using, they are an industry leader in technology using the highest quality German designs and technology, it’s state of the art, all automated, touch screen controls, that can be operated on a few different levels from my iPhone, the technology is fascinating and it should increase efficiency. I’ve been down there, great group of people, if you look them up everyone who has their system raves about it.

What size brewing system will you be installing?

What styles are you planning on serving?

We’re going for traditional in some aspects but then taking the traditional and turning it sideways. I would say we are going to become a hybrid of traditional Belgian and German beers. We’re going to do some IPA’s but I think IPA’s have been done and we have a few ideas on our direction with new trends.

Mason’s Brewing Company is going to be a brewpub, what can we expect?

We have a vision, Mason’s predominant focus is the production of beer but having that location on the water, we have to have a food element so we are going to do gourmet pizza. You won’t come to Mason’s for a four course lobster dinner, our menu is strictly to support the beer. Mason’s goal and sole focus will be on craft beer, I want people to come here and learn about it, to watch it, we’ll have a video camera in the brewery shown on a TV screen, no matter if you’re looking through the window or sitting in the back you can see it happening and of course we’ll do tours.

What made you choose Brewer, Maine?

The spot. I had a gift, I had an opportunity to buy that parcel of land and build a destination, a craft beer destination. The city has been awesome, absolutely amazing to work with, D’arcy Main-Boyington and Nicole Gogan are great, efficient, proactive and truly love their job, it shows in their passion to improve the City and Waterfront.

Where does the name “Mason’s Brewing Company” come from?

John Mason was a Naval Captain in the English Royal Navy, in 1622, he and Ferdinando Gorges were awarded land by the king and became the first two official landowners of what is now all of New Hampshire and a portion of Maine up to the Kennebec River. The name also ties into Brewer’s history, at one time this area was the largest producer of masonry blocks “bricks” in the late 1800’s most all of south Boston was built with the bricks shipped from near our location down the Penobscot river. 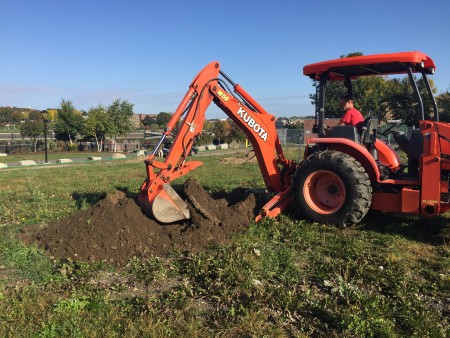 As the Greater Bangor Beer Week kicks off its celebration of local craft beer on Sunday, Mason’s Brewing Company will be celebrating with the sounds of excavators at 15 Hardy Street in Brewer, Maine. To stay up to date with their building updates follow them on Instagram and Twitter, Like them on Facebook  and check out their newly launched homepage.