Last year at this time I visited Orono Brewing Company, they were still putting the finishing touches on their tasting room, the bar top hadn’t even arrived but they were excited to open their doors on New Year’s Eve, it’s hard to believe it’s been 1 year already. This Thursday, December 31, 2015 when Orono Brewing Company unlocks their door and welcomes guests in, I’m sure  they will be looking forward and celebrating the year to come and looking back at their first year of beer. As part of their celebration Orono Brewing Company is debuting a new beer, Ghost, a White Stout that weighs in at 6% ABV and 24 IBU’s, described by Head Brewer Asa Marsh-Sachs as a “new experimental style which has been gaining traction lately. The base beer starts as an English style pale ale relying heavily on a base of local malt from the Maine Malt House in Mapleton, ME as well as a blend of UK East Kent Golding & GER Northern Brewer hops. Once fermented, the beer was gently infused with Organic cacao nibs, Carrabassett Coffee Verve Blend, & a hint of Madagascar vanilla beans and lactose. Light in color, but roasty in flavor!” 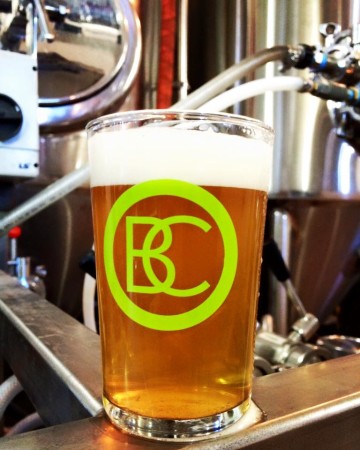 Just a short walk from Orono Brewing you’ll find Black Bear Microbrew celebrating New Years with a new beer of their own, Star Wars themed even, from their Facebook event page: “A new beer awakens at the Black Bear Brewery Tap Room this New Years Eve! The Master Vader will rise from the dark side. A 4.5 % abv Session Black IPA with huge late and dry hops of El Dorado, Crystal, and Centennial. Deceptively Black in color yet light in body and roast. This is the beer you’ve been looking for! Cheers and Happy New Year!” 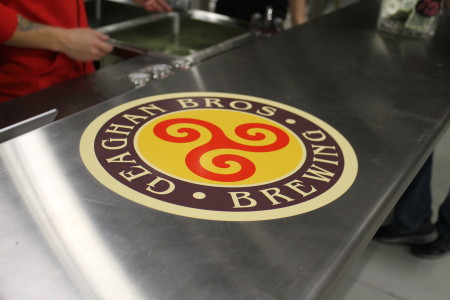 On New Year’s Day the folks over at Geaghan Brothers Brewing in Brewer will be opening the tasting room at noon with a brand new House Beer on tap described on their Facebook event post as an “India Red Lager. Brewed with old West coast style hops- Simcoe, Centennial, and Chinook with the goal in mind of making this beer something all of our customers could enjoy- not too malty, not too hoppy. It is fermented with a special strain of American Lager yeast and lagered for over a month after being dry hopped with generous helpings of Centennial and Simcoe.

The malt profile is over 90% local featuring base malt from Buck Farms at Maine Malt House, in Mapleton, Maine. Red Wheat and a touch of Roasted Barley contribute a beautiful reddish amber hue to this beer that are balanced with a touch of sweetness from Crystal and Caramel Malts and a large helping of flaked oats for body. This complex beer balances the flavors of the yeast, malts, and hops gently to create a truly unique beer.”

The Tasting room is open from 12pm – 9pm, they will have cornhole boards out, plenty of Geaghans gear for sale and of course beer to sample and growlers to fill.

Three new beers over the next two days, it’s a great way for beer drinkers in the Greater Bangor area to say goodbye to 2015 and usher in the New Year.